Located just south of New Poag Road in Edwardsville, the Gateway East 717 Distribution Center is the first speculative warehouse structure built on the east side of Illinois 255. Construction began back in June 2015 and was substantially complete in January 2016.

Contegra Construction Co. of Edwardsville has served as the development’s general contractor.
The property’s developer, TriStar Properties, selected Gray Design Group Inc. of St. Louis as the architect for the project. Propper Construction Services, another partner in the development,
has provided construction management. Other partners included leasing agent Cushman & Wakefield and the private equity firm of Pacific Coast Capital Partners.

Bobby Klucker, Contegra’s project manager, pointed out that the unique elements to this speculative warehouse, compared to others, that was used on the Gateway East 717 building was all concrete pavement on its exterior and a 36’ clear height. He also pointed out the biggest challenges were that of amenities, access and the weather.

There were no existing utilities or infrastructure to build upon at this site. Added to that was the heavy rain received back in June which only allowed for three days of work on the project, with 20 days lost. Yet the six-month schedule still prevailed.

The 717,060-square-foot facility is on a 76-acre site with 36-foot-height clearance capabilities. A concrete tilt-up distribution facility with 80 truck docks, it features a heat reflective and energy efficient thermoplastic polyolefin roof and design/build mechanical, electrical, plumbing and fire protection systems.

Gateway East 717 is expandable to more than 1.2 million square feet. Its construction has opened up an additional 700 acres of the 2,300-acre warehouse and distribution park for development.

TriStar Properties is building again at Gateway Commerce Center, where work is underway on two distribution centers with more than 1 million square feet.

Both buildings will be built on spec, meaning that TriStar has yet to obtain tenants. Teamed with TriStar to fund the projects with a combined cost of $49 million is PCCP LLC, a Los Angeles-based real estate finance and investment management company.

Michael Towerman, president of Earth City-based TriStar, said the distribution centers should produce at least 500 jobs once they’re up and running.

The 618 building will be ready for occupancy in late summer with the 513 building being ready for tenants this fall, said Ed Lampitt, managing director of the St. Louis office of Cushman & Wakefield, the leasing agent.

“Our rationale in beginning a pair of buildings simultaneously is to cut a broad swath in the marketplace,” Lampitt said in a statement. “We want to offer prospective national tenants a choice — and an excellent match — in their pursuit of highly efficient and expandable bulk space configurations.”

With TriStar on the 618 and 513 buildings are Contegra Construction, Gray Design Group and Stock & Associates Consulting Engineers Inc.

PCCP and TriStar worked together at Gateway Commerce in 2014, when they developed a 673,137-square-foot distribution center occupied last year by Florida-based third-party logistics provider Saddle Creek Corp. The $26 million structure was the first speculative industrial building erected in the St. Louis area since 2007, TriStar said.

Recently completed at Gateway is a $36 million, 717,060-square-foot distribution center on a 56-acre site. Lampitt said lease negotiations with potential tenants were underway.

Among other TriStar projects is the Residences at Sunset Ridge, an apartment complex being built in west St. Louis County on 11 acres northwest of Interstate 270 and Manchester Road.

The $49 million project is a joint venture with Propper Construction Services. The 254-unit apartment complex is part of a planned $100 million mixed use development featuring a hotel, office and assisted living facility. 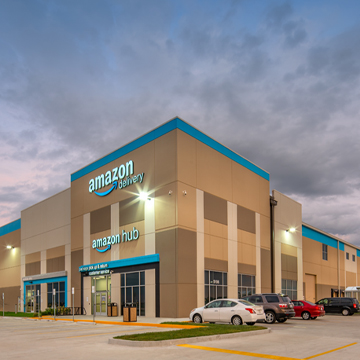 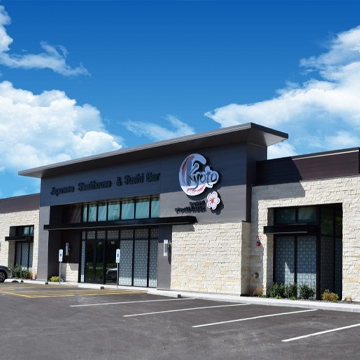