EDWARDSVILLE — Sugarfire Smokehouse owners and operators received a taste of how well its new Edwardsville location will do during Global Brew’s Spring Beer Fest in City Park last month — Sugarfire sold out of food.

Located in the Ironworks site on Plum Street, Sugarfire’s newest restaurant is slated to open June 1. Doug Lang, owner/operator of the restaurant, gave an Intelligencer reporter a pre-tour of the facility Friday.

“Edwardsville is a great, growing city that we’re excited to be a part of and it’s near St. Louis,” Lang said. 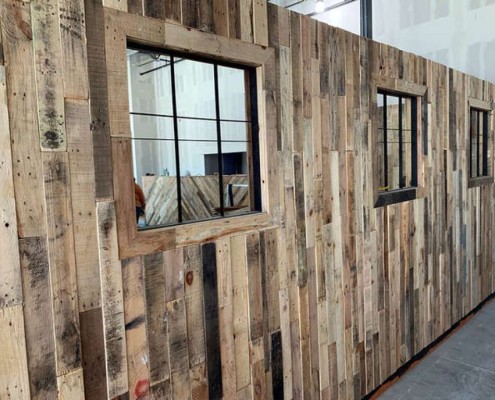 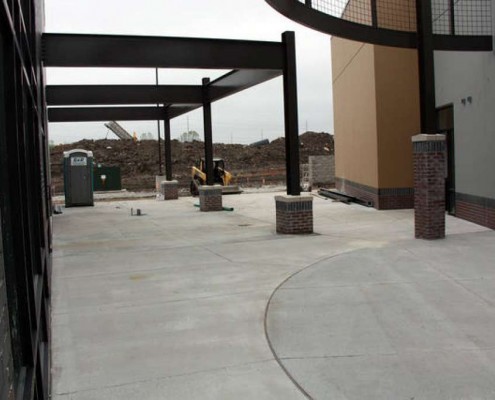 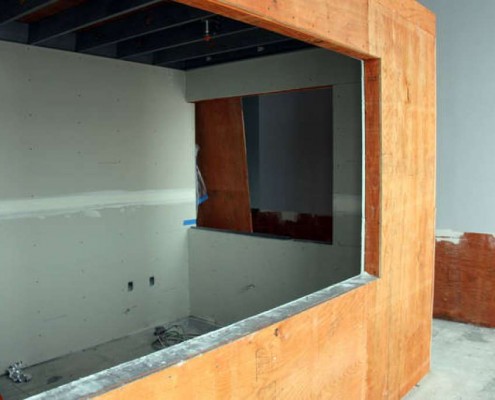 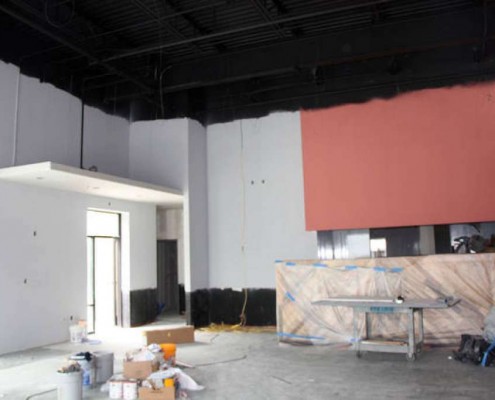 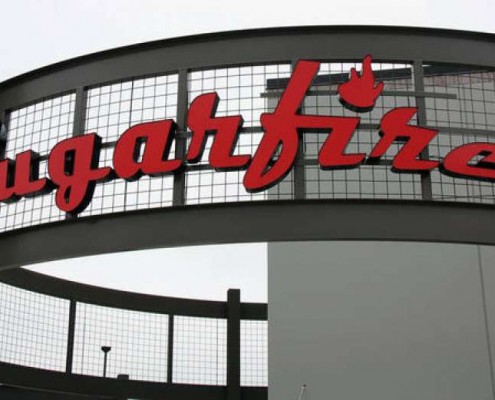 He added that his business partners, Jim Cook and Matt Martin, have done other work with the construction company involved, Contegra, so it was a natural fit. Lang also owns and operates the Cape Girardeau, Missouri restaurant.

Even though construction workers still have a ways to go, Lang pointed out some of the eatery’s features.

After entering, customers will almost immediately turn right to pass the beer and shake bunker, where they will encounter a greeter and receive menus before getting into the food queue.

“We will greet folks, get a menu in their hand, beer or beverage and they can absolutely place their shake order as they walk through the door. We will have it ready for them by the time they sit down,” Lang said. “In addition, the ‘bunker’ will actually look like a shipping container when complete.”

He said there will also be a return doorway so anyone coming back who has already been through the queue won’t have to stand in line again to return to their seat.

He said the main restaurant will seat approximately 85 people. There will be a section of booths, each with a 27-inch TV, a long conference-style dining table and a scattered number of four-top tables to fill the space. Lang said the rest of the indoor dining area will have three 70-inch TVs mounted near the ceiling.

A feature some other Sugarfire stores lack that Edwardsville will have is a separate to-go area. People will be able to walk in to get their take-out barbecue, pies or drinks and vamoose.

Sugarfire will share its patio with its neighbor Global Brew, which will seat 36 people for Sugarfire. Lang said he’s hopeful that on weekends, the two stores can partner for Barbecue and Brew, primarily after Global Brew installs its fire pit/waterfall feature on the patio.

As far as the menu, Lang said it will be the standard Sugarfire fare, but that doesn’t mean the chefs won’t create one or two different daily specials with five or six unique side dishes.

“We are really looking forward to being part of the community,” Lang said. For more information about Sugarfire, visit www.sugarfiresmokehouse.com